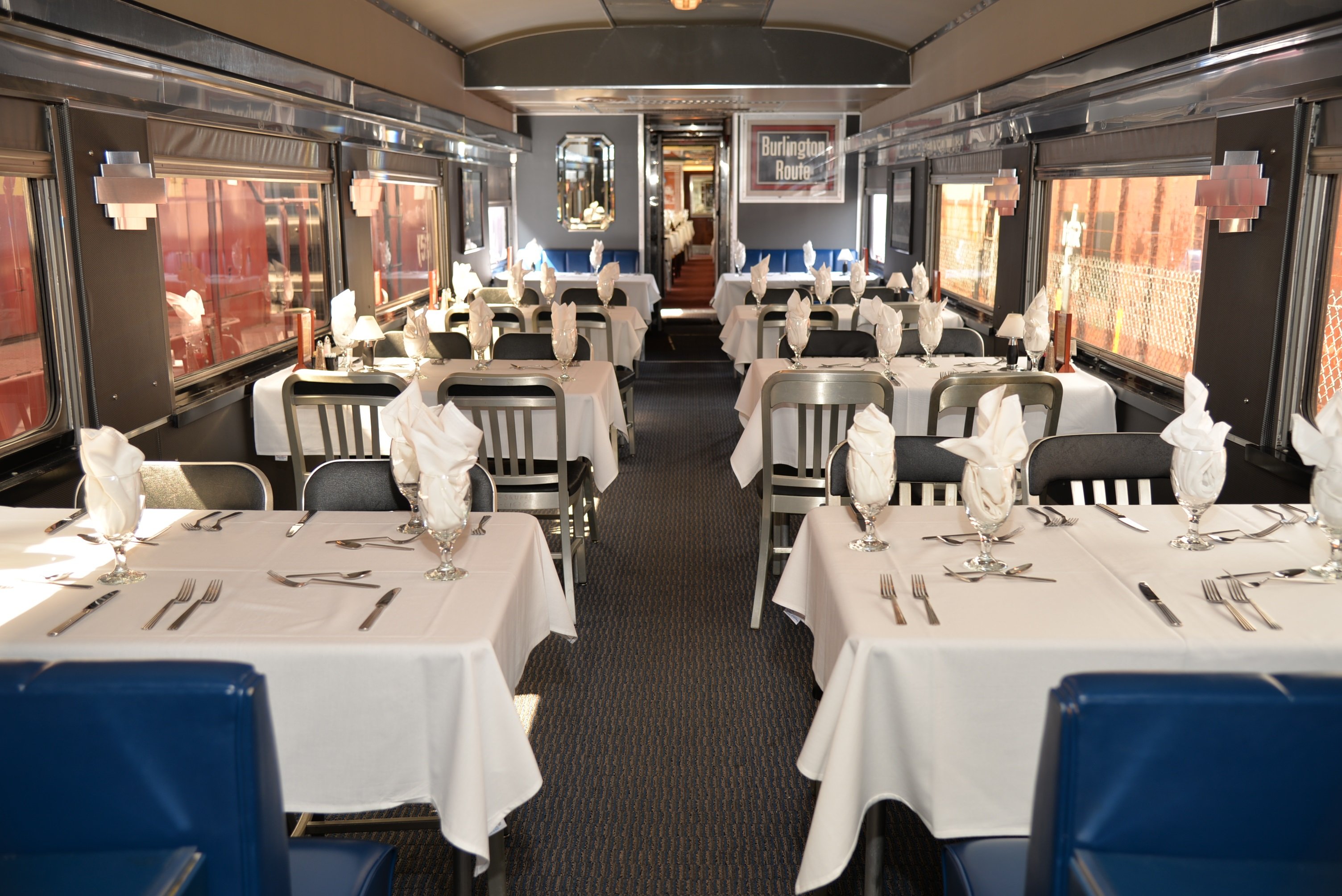 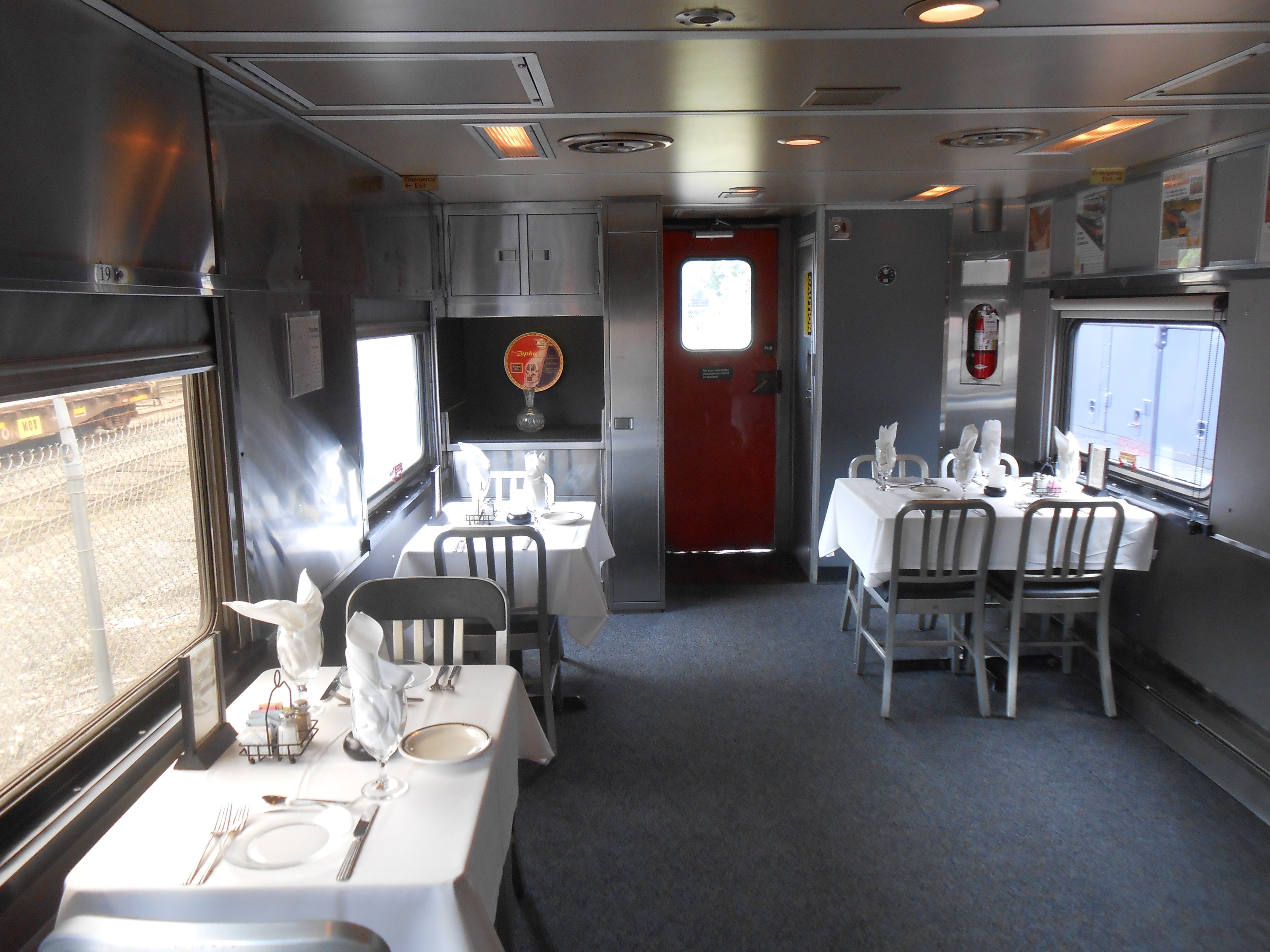 The Silver Sword was one of four Cars built by the Budd Car Company in an order for the Chicago Burlington & Quincy Railroad.  It was ordered in March 1951 and delivered September/October 1952.  The Silver Sword was assigned Car Number CB&Q #4734 as a 50-seat coach for pool service on the CB&Q, its number was changed by Amtrak #5013 in 1971.

It operated on the Kansas City Zephyr and the American Royal Zephyr, entered service on a daily basis between Chicago and Kansas City in 1953, service discontinued in 1968, then used on the American Royal Zephyr until Amtrak in 1971.  Sometime in the 1980’s it was pulled from storage and shopped by Amtrak, and rebuilt into a Heritage Cafeteria car for service on Auto Train as Amtrak #8714.

The Silver Sword was purchased by the Cincinnati Dinner Train in 2010 and completely refurbished into a dining and bar car. 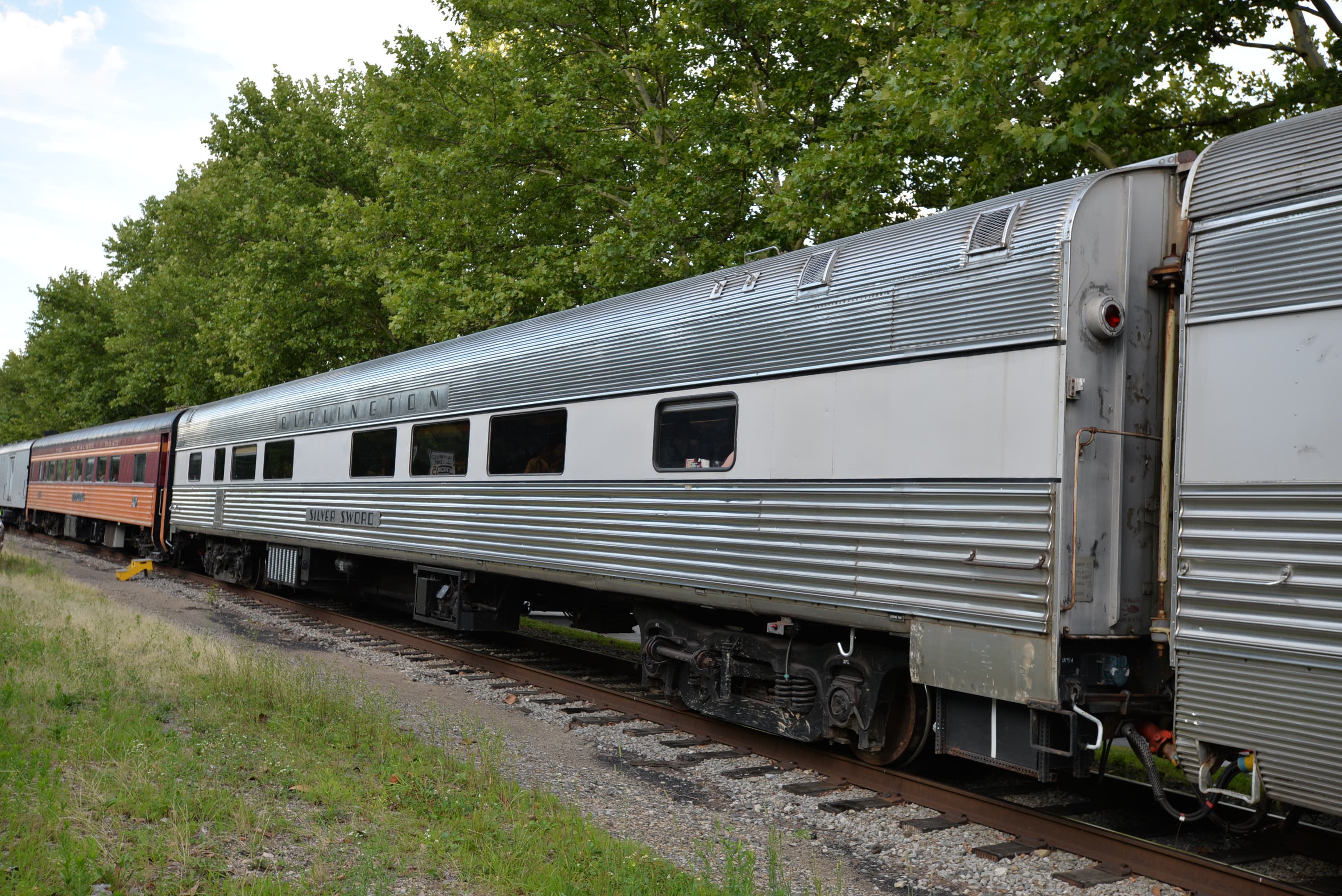 Cincinnati Dinner Train
Tickets for March, April, & May 2023 can be purchased on online as of 10:00am February 20th at https://cincinnatidinnertrain.com/reservations/ . Using the website gets you to the front of the queue quicker than phone orders.

Tickets for September, October, November, & December online as of 10:00am August 14th.

Our office will shut down January 3rd until February 20th 10:00am EST at which time we will begin selling March, April, & May 2023 tickets for online ticket purchasing.

Cincinnati Dinner Train
Do you have an adult family member or friend that's hard to buy for this holiday season? Why not purchase them tickets to our January 7th or January 14th dinner train run. Each ticket is valid for one adult to enjoy a 3 hour train ride & 4-course dinner. After dinner, enjoy exploring the other cars on the consist or go back to the entertainment car - the Albee - and listen to the live performance of the Queen City Sisters. This will be a gift they will cherish with wonderful memories for years to come!

Cincinnati Dinner Train
This weekend is your final chance to ride our Pumkpin Patch Express for 2022.

Tickets are still available for Sunday. Don’t get left behind!

Cincinnati Dinner Train
Sunday wIll be a great day to take the Pumpkin Patch Express!