The GP-30 Locomotive hauling our train today was one of ten locomotives built for the New York Chicago & St. Louis Railway, more commonly know as the “Nickel Plate Road.” The locomotive was delivered to the NKP in November of 1962 and operated as unit 902 until their merger with the Norfolk & Western on October 16th, 1964. At that time the engine was renumbered in the N&W Engine series as #2902. In the late 1980’s, it was retired by the Norfolk Southern, sold to the Great Miami Short Line Railroad, and painted in their burgundy and black colors. In early 2012, Cincinnati Railway Company President Brian Collins purchased the locomotive for lease to the Cincinnati Dinner Train. 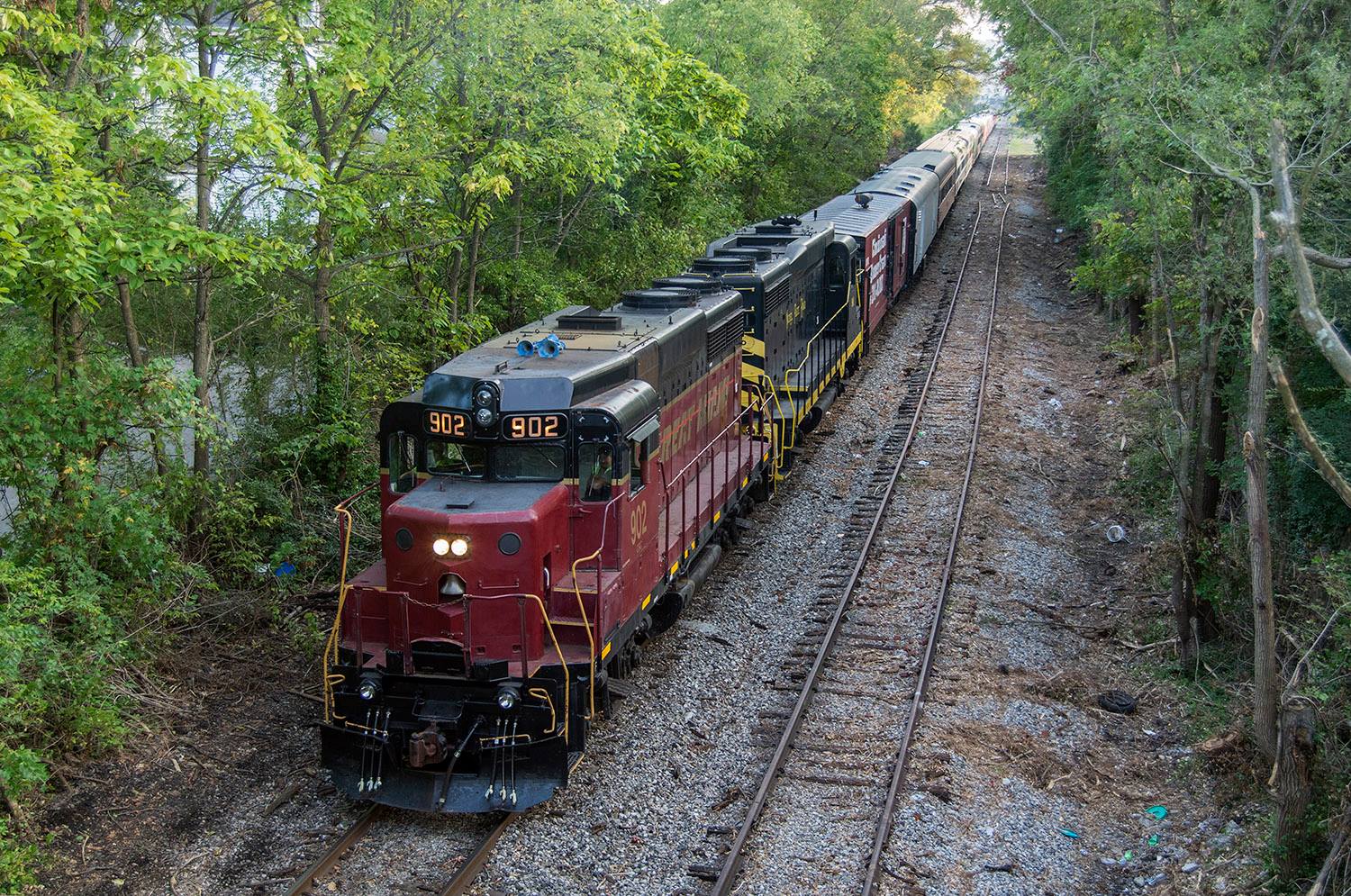